In This Section ▾ 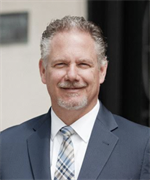 For over 43 years, Carl has built an impressive career working for some of the most prestigious hospitality organizations and private resorts in the country. He began his career at The Broadmoor, in Colorado Springs, Colorado, a well-known AAA Five Diamond Resort. He then worked with Marriott Hotels and Resorts for 12 years in Illinois, Missouri, and Michigan, ending his hotel career at the acclaimed The American Club in Kohler. With a reputation for working in organizations that deliver the highest level of service excellence, Carl transitioned his hospitality experience into a distinctive career in the private club industry. Early in his private club career, he held increasingly senior positions in the area to include North Shore CC, Pine Hills CC, Western Racquet Club, and West Bend CC. For five years, he served as clubhouse director at Edina Country Club in Edina, Minnesota, followed by General Manager/COO of Cedar Rapids Country Club in Cedar Rapids, Iowa, prior to joining Rochester Golf and Country Club, where he served for over four years. 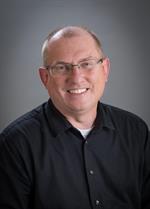 Jeff was born and raised in Milwaukee. He is a graduate of Marquette School of Business. When away from work, he enjoys spending time with his family making memories. He is a first-degree black belt in Hapkido, and martial arts is a passion that he delights in with his children. He enjoys the challenges of his current position and looks forward to the bright future here. 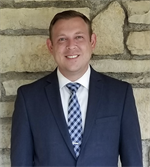 Joe resides in Wauwatosa, with his wife Marilyn and three children, Cameron, Cole, and Violet. When Joe is not working, you can find him exercising or walking his yellow lab Stuart on the Oak Leaf and Hank Aaron trails near his home. He enjoys being outside with his children and fishing with his sons, especially at his parents’ cottage near Shawno, WI. Joe most recently held the positions of Assistant Clubhouse Manager and Communications Coordinator for the past 4+ years at Blue Mound Golf and Country Club. Prior to that, he held positions of Beverage Manager and Bar Manager at Blue Mound, totaling over 12 years of service to their membership. Joe is active in the Club Management Association of America (CMAA) where he regularly attends meetings and seminars both locally and nationally. He currently sits on the education committee for our local CMAA Wisconsin Badger Chapter, which aids in the planning and implementation of educational opportunities for their chapter members. Joe has been very active in the community serving on the board of directors for the Just a Little Faith Foundation, Inc. (JALF) since May of 2010. JALF raises awareness and funds specifically for the Complex Care Program at Children’s Wisconsin – Milwaukee Hospital. In 2019, his daughter Violet was diagnosed with a rare genetic mutation and became a patient of the Complex Care Program shortly thereafter. This prompted him and his wife to further their involvement in volunteering for the hospital by becoming Family Advisors for the Complex Care Program. Joe is also one of approximately 15 parents that hold the position of Family Advisors for the entire Children’s Wisconsin – Milwaukee Hospital campus.
Ross Lorenz - Clubhouse Director, Country Club 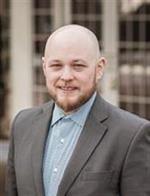 Ross joined The University Club of Milwaukee in 2017, serving as executive chef of The Country Club until 2022 where he became the Clubhouse Director of The Country Club. Ross has served on the board of directors for the American Culinary Federation- Milwaukee chapter and was chef mentor to the Wauwatosa East culinary team. A Milwaukee native, Ross has over 20 years of experience in food and hospitality, 15 of them in the golf and club industry. His experience includes Blue Mound Golf & Country Club, Geneva National Resort, The Bog, and various restaurants in the Milwaukee area..

New director of membership to be announced. 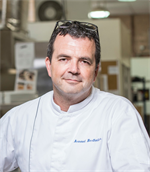 Arnaud joins The University Club of Milwaukee's culinary team as our Interim Executive Chef while we conduct a nationwide search with Kopplin Kuebler & Wallace for a new culinary leader. Arnaud is a Certified Master Chef, Level 3 WSET Certified, and speaks five languages: English, French, German, Italian, and Spanish. He most recently served as the Executive Chef for five years at The Union Club of Cleveland. 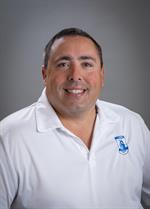 Jon has been director of tennis for 20 years. He attended Marquette University on a tennis scholarship and received both his bachelor of science and M.B.A in Marketing. Jon has been ranked #1 in Wisconsin in both men's open singles and mixed doubles and has been ranked as high as #2 in the Midwest in men's open singles. He was past chairman of the Wisconsin junior competition committee and the Wisconsin girl's endorser. Currently, Jon is a head coach for the Wisconsin competition training centers and tournament director for the Wisconsin district qualifier, the largest junior tournament in Wisconsin. In the off season, Jon is director of tennis for the elite sports clubs. 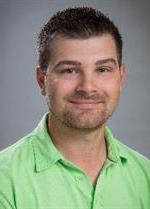 Austin Schloesser was born and raised in Milwaukee and attended Milwaukee Lutheran High School. Austin grew up in an athletic non-golf family, but they supported his love of the game at an early age.  He returned to his home state following his time at Ferris State University, where he completed the Professional Golf Management program. Before he started his career at The University Club he interned at locations across the country, including Trout Lake GC in Arbor Vitae, WI, Fripp Island Resort in SC, and Mission Hills CC in Rancho Mirage, CA. In 2020, Austin completed the requirements for PGA membership. Austin is starting his tenth season at The University Club, where he began as an entry level Assistant Professional and is now our Director of Golf.

In his free time Austin enjoys watching Bucks games, playing in section/sponsored events, introducing friends to the game, competitive gaming, and slipping away to the Northwoods for quiet time and fishing.

Brian grew up in Winnetka, Illinois, where he began swimming at a young age. While in high school he spent his summers as a lifeguard at Sunset Ridge Country Club. Brian attended John Carrol University where he received a bachelors arts and science. During his time there he was captain of the men’s swimming and diving team. As a collegiate swimmer he specialized in the butterfly and mid distance freestyle.

Since moving to Milwaukee, Brian has held positions with The Notre Dame School of Milwaukee, United Community Center and volunteered with Jesuit Volunteer Corps. He currently coaches with Tosa Aquatics Platinum swim team, where he works with young swimmers from ages 6-14.

In his free time Brian is an avid runner and fitness enthusiast. Along with competitive swimming Brian enjoys tennis, volleyball, and drumming. 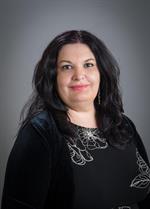 A native of the Republic of Albania, Ornela moved to America 1998. She joined the University Club staff in 2004 and has been a fixture of the Club's Member Dining Room ever since. Ornela has 2 children with her beloved husband. She is an unparalleled source of Club knowledge for Members and staff alike, and always ready to go the extra mile for the Club. 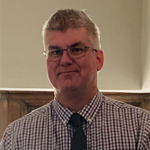 Bryant is a proud native Milwaukeean. He holds a degree in Mechanical Engineering from the Milwaukee School of Engineering and has been working in Facilities Management for over 20 years. He has a keen interest in local history and architecture and was a volunteer docent for Historic Milwaukee for many years. Bryant is restoring a hundred-year-old home on the East Side with his wife Liz. Bryant also enjoys cooking while listening to old Country and Western or Classic Rock on the radio. He’s a fan of motorsports and never misses a Packers game. Bryant is very honored and excited to be a part of the team at the historic City Club.

Spencer grew up in Sheboygan where at a young age he found a passion for fixing things. After a year of college at UW-Milwaukee he turned this passion into a business and started a property maintenance company. Before joining The University Club, Spencer had progressed to flipping homes around the Milwaukee area. He is excited to take on the role of facilities manager and looks forward to maintaining and improving our club. In his free time Spencer enjoys spending time with his two daughters and wife in their backyard. He’s also an avid race fan and enjoys summer days at Road America racetrack!

Steven is a Milwaukee native. He worked one summer at the Country Club during high school. After working for two years as a draftsman for a local aerospace contractor he attended the University of Wisconsin- Milwaukee. He received A BS in Mechanical Engineering. He has worked golf course maintenance at the Country Club since college and is the assistant to Terry, the golf course superintendent.

The University Club of Milwaukee is looking to expand their team. We are looking for high-energy candidates with a desire to take care of people and be part of an award-winning organization! Click here to view our current job opportunities.